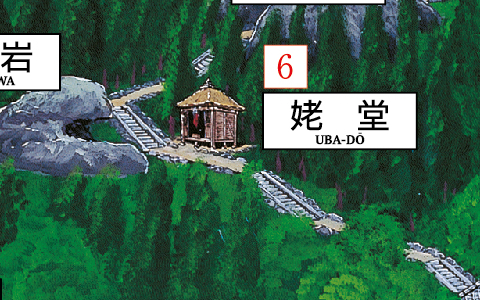 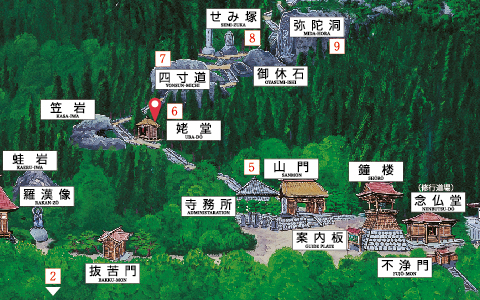 The principle deity enshrined within Ubado Hall is a stone statue of datsueba, an old watchwoman in Buddhist mythology who sits by the Sanzu River which separates the world of the living from the world of the dead. Ubado Hall is seen as an “entrance to the next world,” with hell below and paradise above, and in days of old pilgrims would purify their bodies and souls with water trickling from nearby rocks and change into new kimono, offering their old kimono to the datsueba statue. They would then ascend the steps leading to paradise, and it was believed that with each step they would shed their worldly desires and faults to be reborn as noble and pure human beings. The large rock on the left of Ubado Hall is referred to as the “umbrella rock,” and Jikaku Daishi was said to have taken shelter here during rainstorms.